Takis is proud to announce very promising results achieved with Trazimab, a monoclonal antibody against a new target expressed by Aspergillus fumigatus, a fungus which causes Aspergillosis, a rare and deadly disease. 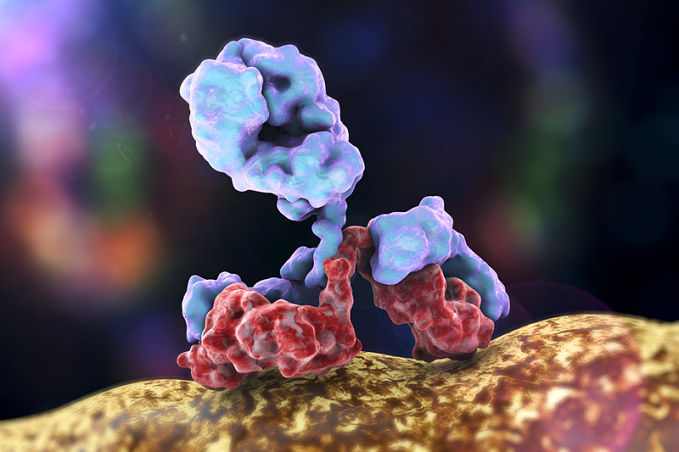 There has been in increase in the number of projects for the development of biotech drugs against infections caused by the fungus Aspergillus: that is a promising field of research, with Takis company at the forefront. This is thanks to an experienced team of researchers who are dedicated to identifying new molecular targets against which to develop the drugs of the future. The next goal for Takis is the production of Trazimab, a monoclonal antibody for the treatment of Aspergillus infections. The new therapeutic approach could prove to be effective in particular against invasive pulmonary aspergillosis, a respiratory infection that is affecting more and more people around the world and for which current drugs are likely to be inadequate.

Among the infections caused by fungi of the genus Aspergillus, invasive aspergillosis is perhaps the most relevant, with 200,000 cases per year worldwide and a mortality rate that despite treatments remains between 25% and 80%. Whereas it does not affect immunocompetent individuals, invasive aspergillosis is extremely dangerous, even lethal for immunocompromised individuals.

There are many immunosuppressed patients, for example those taking immunosuppressive drugs following a transplant or those undergoing chemotherapy or radiotherapy to treat cancer. For these people, the only hope of treatment, until recently, were antifungal drugs, in particular azoles. But they are no longer enough, because of the onset of multi-resistant strains both in clinical settings and in the environment due to the abuse of fungicide in agriculture. They are increasingly widespread and require the development of innovative therapeutic strategies.
The hope against Aspergillus fumigatus today comes from biotechnology. Within the Trazimab project funded by the Campania region, Takis is developing biotechnological drugs against Aspergillus, such as monoclonal antibodies. This represents a potential alternative to traditional therapy, which in addition to dealing with the widespread phenomenon of drug-resistance, is also associated with important side effects on the kidneys and liver. Thanks to decades of experience in the production of antibodies and in vivo studies, the Takis team aims to transform the treatment of invasive aspergillosis with an innovative antibody, directed against a still unexplored molecular target, which promises to open a new way in the fight against Aspergillus.
Monoclonal antibodies are today one of the most avant-garde therapeutic approaches for the treatment of cancer, but their use is beginning to extend also to infectious diseases. This is thanks to their ability to recognize specific molecular targets with extreme precision, reducing side effects and maximizing efficacy. “We believe that the development of Trazimab could be a great opportunity for the use of monoclonal antibodies for a disease, such as Invasive Pulmonary Aspergillosis, in which small molecules still represent the gold standard” said Emanuele Marra, Director of Infectious diseases at Takis,“I also consider that the methodology used for the development of this antibody could facilitate the production of specific antibodies against fungal proteins and not just saccharide components”